The Culture Ripples of Digital Transformation, Insights with Antonio Palacios

Insightful interview with Antonio Palacios, Learning Experience Manager at Digital Skills. Antonio provides interesting views regarding the importance of understanding your company’s culture and the cultural changes you need to implement to manage a successful digital transformation process.

What are the key challenges that organisations face when looking to change their culture?

“Culture is a set of behaviours inspired by broadly accepted values and beliefs. To change the culture, you have to change both. A human performance answer to the question would focus on messaging, resources, compensation, discipline, talent, and so on – a systemic look at behaviour change. I have used these change levers and they are quite effective but only when pinned down by a set of values. Forgive me for referring to a classic, but I like how IBM manages its values and culture. Search for “IBM – Our Values at Work” and read about their 2003 company-wide value exercise. Involving employees in crafting a renewed set of values was brilliant.” 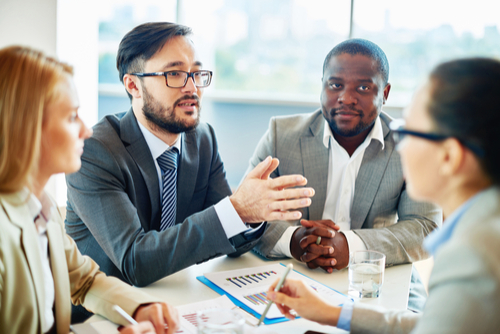 Some companies look to ‘do’ digital, i.e. implement the latest technologies, rather than ‘be’ digital, embracing digitisation across the entire company. What is your take on this?

“For any company that seems to be lost in the semantics of going digital, I would recommend building a digital maturity model – a roadmap to describe and assess various desired progressive stages that drive change within the company – clearly capturing where your company is today and where you want it to stand. It will force the company to engage in valuable work, from benchmarking to revisiting business goals. I would strongly recommend any company caught in a “being vs doing” debate to find inspiration in what the company stands for, its values. Once that digital maturity model is built, organisations will find that various departments fall in different stages of that model. At that point, conversations shift from semantics to action and each department needs to answer the question: “What do we need to do to advance to the next maturity stage?”

From Company Employees to Company Advocates: how can organisations go from one to the other?

“I have worked with videogame studios and I appreciate the importance of tightly controlled messaging. However, this industry is an exception. For most businesses, I firmly believe in the figure of the evangelist. The evangelist as the self-proclaimed, vocal employee who is an exemplar of the organisation’s values and has management backing – the employee who not only does his or her job, but takes pride in it.

It is a mixed model in which a company does not fully control messaging and doesn’t have a say as to who can step up and become an evangelist. However, this model is very empowering as it lets any employee feel and live the values to become an advocate inside and outside the company – a responsibility that he or she takes willingly and finds fulfilling.

Evangelist programmes are excellent agents for change, and I believe they are equally effective in broadcasting a positive, consistent, authentic message about the company.” 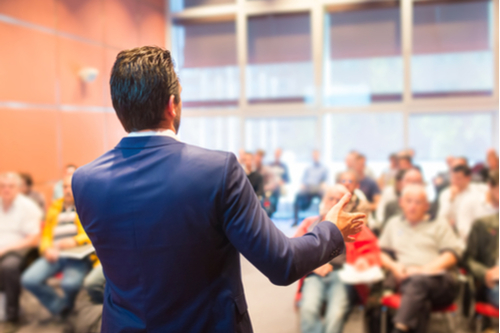 C-level Executives need to communicate cultural changes. How so?

“In short, by embodying it.  Working for Microsoft, I remember standing one day at a hotel lobby in Copenhagen. That morning we were preparing to kick-off a three-day conference for approximately 300 employees. The conference was part of a series of ‘mind shift’ events I organised across Europe for the company – partly a culture change effort.

Beside me in the lobby were members of my team and one of the keynote speakers, Jon DeVaan, former Vice President of the Windows Division of Microsoft. At my feet was one of those ruggedised metal boxes to carry equipment, containing a kit I used to index video content on the fly. It was an ugly, bulky, heavy box, quite awkward to drag around. When we saw the taxi arriving, and before I had time to reach for the box, Jon grabbed it, said “let’s do this” and started wheeling it towards the taxi, waving gently as I offered to carry it myself. So here was the Vice President of the Windows Division of Microsoft, in the company of another five employees who had direct responsibility for that box, carrying it and leading us to get the event started. A few minutes later, I was the one to switch on that kit in front of Jon as he delivered his opening keynote speech – the start of a great and inspiring event.

Jon led by example, by inspiring his teams, not afraid of getting his hands dirty with Windows code or with a heavy, ugly box.”

Bio: Antonio Palacios is a Learning Experience Manager at Digital Skills and has experience in corporate training operations across multiple European sites. He looks at learning management systems, learning needs, learning programmes and learner interactions from a user-centred point of view. 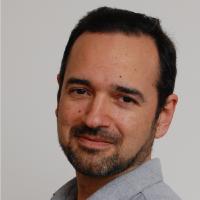