SEO won’t die, no matter how many techies predict it

This article first appeared in The Irish Times 10, August 2017.

Rumours of SEO’s death are greatly exaggerated. Assessing the relevance (or very existence) of search engine optimisation is a question that comes up more frequently than you’d think. Want to know why? Google “SEO is dead” and see just how many different techies have wrongly predicted the passing of the world’s greatest conversation killer.

What these harbingers of the SEO apocalypse really mean is that the foundations underpinning how users search for, and retrieve, relevant information online are changing dramatically. This isn’t just a challenge for SEO engineers. Anyone trying to get their online content seen must also be au fait with the new realities for effective online info retrieval.

With Google single-handedly providing more than two million searches per second, SEO may not be dead. But competition in this space is on life support.

Figures vary but about 90 per cent of the world’s internet users are opting for Google as their primary search engine. According to Randall Glick, digital marketing curriculum lead at Digital Skills in the Digital Hub in Dublin, 95 per cent of Irish internet users search through Google.

The American multinational founded in 1998 by Sergey Brin and Larry Pageenjoys the same kind of universal brand awareness as companies such as Hoover did in previous times. So much so that “to google” has become a verb recognised by dictionaries. 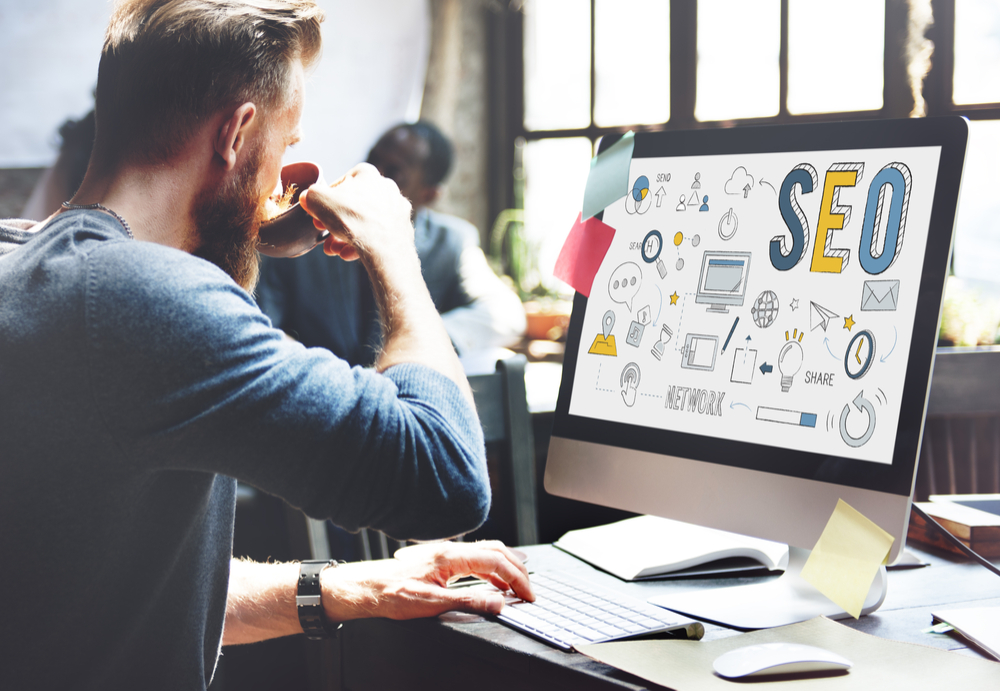 It is cause for concern that one private entity has a virtual monopoly on the flow of all information available to mankind, but most people are more preoccupied with their place in that information flow. Technology has a habit of moving faster than society can keep up. Recent advances are keeping Google’s digital librarians and archivists very busy indeed. “Emerging technologies like AR [augmented reality] and VR [virtual reality], in the context of SEO, are creating new challenges for engineers at Google,” explains Glick.

The fundamentals still need to be solid, though. “Concentrate on the stuff that’s still important: title and description tags, making sure you have good, relevant content that relates to your business model, plenty of media, videos, soundbites and text. All of this content is indexable.”

The written word has been under attack from almost all corners for the past decade. From Twitter to Instagram, the general trend is towards reducing text from newspapers or websites and replacing it with more imagery. But words still command great authority in the digital world. “The easiest way for a computer to understand content is still for it to be written,” says Glick.

VR, AR and various other developments can add tremendous value to a website, allowing for more interesting content and navigability. But SEO architects are still trying to figure out how to index this kind of data. Until they do, it may be more of a hindrance than anything else. “Regardless of how advanced your site may be, if no one can find it, it won’t be seen,” says Glick. “The expansion of technologies like VR and AR have the ability to totally mess up your indexing if overused. But, Google is constantly working on tools and better ways to approach new types of data.”

We all see the internet through Google-tinted glasses. The company has been around for 18 years, meaning an entire generation of people have learned how to use the internet via Google. “The ability to step out of this mould is difficult to do,” says Glick.

Glick does not foresee any radical changes within this generation. “We definitely won’t be changing any of our patterns any time soon,” he says. That’s not to say Google has reached critical mass and is unstoppable. Even digital natives like millennials – and the generations that will succeed them – will be in stronger positions, digitally speaking, to question the SEO status quo. We’ve seen big tech companies fall in the past, usually by their own egos. While heavily investing in maintaining the top spot, Google might still fall upon its own sword.

According to Rand Fishkin, chief executive and cofounder of SEOmoz – considered by many in the know to be a thought leader in the field of search engine optimization tools, resources and community, Google’s success thus far has been its commitment to searcher satisfaction rather than advertiser satisfaction as its priority.

Fishkin believes economies of scale are particularly relevant when it comes to the data game. “They benefit hugely from their size, because their search engine uses the greatest ranking algorithm. In other words, they have access to vast amounts of data relating to searcher behaviour that their competitors simply don’t get to see.”

This data, says Fishkin, is being used to further tailor each individuals’ searching experience. “Every day Google gets better and better at providing users with the most relevant info to help solve a searcher’s query.” Not only has the search engine improved its ability to explicitly succeed in what Fishkin refers to as “searcher task accomplishment”, it is also focusing more on the implicit user tasks. In other words, Google’s internal mechanics are becoming more intuitive in terms of predicting what the most obvious next page a user may want to search for based on previous searches.

Google engineer’s are even trying to eliminate what is known as “pogo-sticking”. This refers to when a user clicks back because they’re unsatisfied with a search response. Google records and collates all “pogo-sticking” activity in order to figure out how to respond accordingly in a higher percentage of searchers’ tasks the first time round.

“Google is playing the long game in the hope it can guarantee searchers are extremely happy with their results every time,” says Fishkin. “They haven’t fully perfected it yet, but they’re putting huge amounts of resources into R&D.”