A Brief Introduction to HTML 5

HTML 5 is the 5th Global standardisation of HTML (hypertext markup language) for the internet. It is the code that all of your web pages are written in and that tells your web browser what a given page should look like.

The last time there was a global standardisation was in 1997. This is an Important part of the hype surrounding HTML5. Consider just how much the web has changed in the last 18 years, the way we use it is profoundly different. In 1997 many of today’s most avid Tweeters, Facebookers and Instagrammers had only just been born.

One of the core advancements is the integration of many of the mixed media features we primarily use the internet for now. Previously many of these features were handled by proprietary plugins and APIs such as flash. These are now handled as part of the HTML5 syntax although the leg work is handled by JavaScript or CSS3.

For users this primarily means a much more fluid user experience, particularly when using multimedia sites. More dynamic features are generally available, leading to a richer browsing experience on websites that take advantage of them. It also means users have to spend less time downloading or updating external plugins and APIs.

For developers, it makes things much easier. With a streamlined, consolidated language and much greater scope and flexibility in terms of what they can do it is much more straightforward to implement dynamic web elements on sites. As more and more developers become familiar with HTML5 we can expect to see plenty of innovative and unique websites. 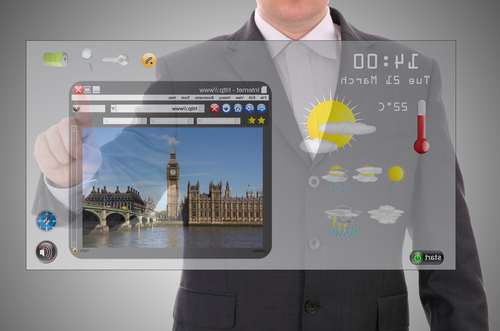 Developers are also likely to be pleased with the simplified syntax for document structuring. Lots of tags have been implemented that are clear, simple and do what they say. Not only do these make it easier for developers to code a site it also makes it easier for them to scan a file, understand what it is supposed to do and spot errors.

This more semantically natural approach should also make it a lot easier for new developers to learn to code websites. Anyone who has been too intimidated by HTML before should consider getting involved now as HTML5 represents a much more user-friendly markup language for beginners.

Another of the key considerations implemented in HTML5 has been developing for mobile websites. The simplified syntax reduces the amount of overall code that has to be loaded. With mobile devices generally having less powerful processors a more efficiently written site puts less strain on these lighter systems.

Improved media integration in HTML5 doesn’t just include video and audio. It also includes interactive elements through a feature called canvas. This allows for the much more efficient integration of games into websites. Improved handling of gaming capabilities means much greater scope for online gaming and development of games specifically for mobile.

These are just the broad strokes. There is a lot more to HTML5 than this, including clearer tags for creating forms and a range of powerful APIs. Overall, adoption of HTML should result in a smoother, brighter, more dynamic internet that’s easier to build and easier to keep tidy.

HTML5  is one of the elements learnt in the ‘Digital Designers & Developers’ Stream of our BSc (Honours) Degree in Digital Technology, Design and Innovation. If you are interested in learning more about our programme and what you will learn in our course, why not talk with one of our team.